The palladian architecture in this city of ancient flavor.

Vicenza is one of the oldest cities of Veneto. With its beautiful palaces, ancient bridges and squares, Vicenza is a real open-air museum. Known for the most beautiful Palladio’s works, this city is a pretty jewel that characterizes for the particularity of its houses and its quiet streets.

The Five Hundred was the gold century because Palladio, with its classic style, realized immortal works such as the Basilica, one of the most beautiful renaissance buildings of Europe, Villa Almerico Capra of Valmarana, called “La Rotonda”, really particular in its simplicity and finally the Olympic Theatre, last work of the artist, entirely made of wood and plaster, according to the classic canons.

The website “Vicenza City of Palladio” is nowadays UNESCO heritage.

For more information visit the website of the commune: http://www.comune.vicenza.it/utilita/en.php 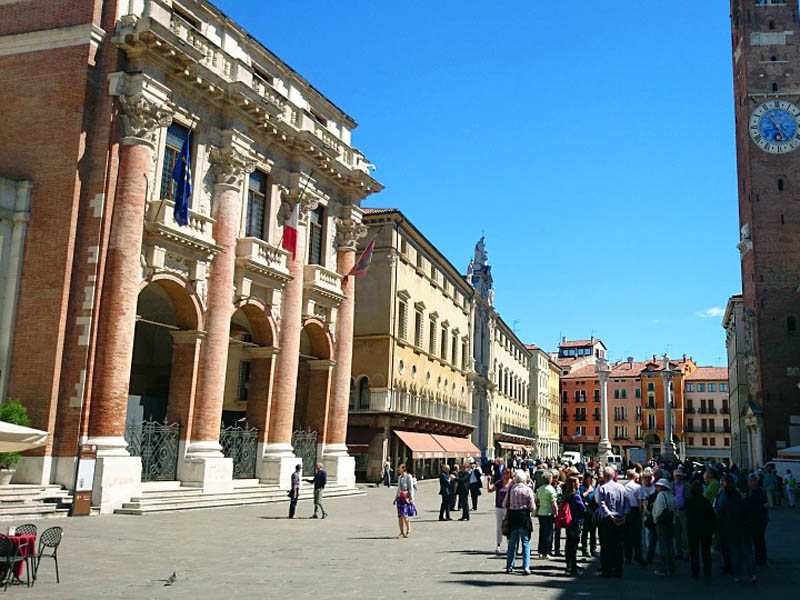