From Holiday mansion to footwear museum

The most famous italian, french and american’s footwear.

Along the river Brenta, nearby Stra, rises the Seventeenth century’s architectonical complex of Villa Foscarini-Rossi, holiday mansion for noble venetian families. According to the customs of the time, famous architects, like Vincenzo Scamozzi, Francesco Contini, Giuseppe Jappelli, painters and decorators, such as Pietro Liberi and Domenico de Bruni, were called in order to create and decorate a residence, which had to express the importance of the house.

After an important restoration, the purity of the architectonical lines and the frescoes are now even more improved, whereas the villa and the guesthouse are open to the public and they became seat of museums or area for meetings, conventions, expositions.

In the Villa there is the Footwear’s Rossimoda Museum, born by the idea of Luigino Rossi, president of the shoe factory, in order to expose the most representative pieces of the company for the 50 year of activity. The exhibition path was designed in order to valorize the contribute of each fashion houses, keeping an eye on the stylistic evolution of the brand along the years.

For further information about the Villa, visit the site: http://www.villafoscarini.it/en/ 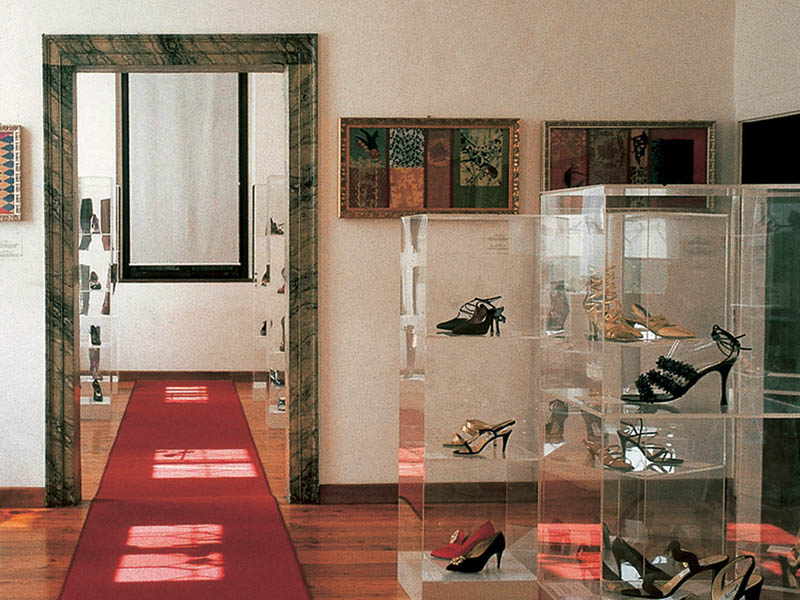